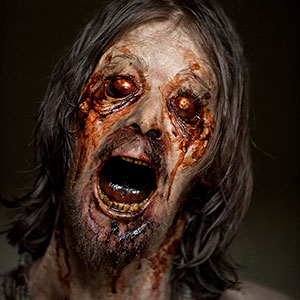 with haunting good looks and a disturbing amount of improvements to layout, functionality and imagery.

The ‘change’ took place at Halloween and includes the introduction of eery green branding, revised homepage layout to incorporate a full screen post slider accompanied by a 3 image slider for previous posts. In addition to the post slider, all pages of the site include a new leader board advertisement.

Social media icons have been relocated to a more prominent position in the website banner and a Mailchimp newsletter sign-up is now also available.

New functionality has been added to the film reviews aspect of the site, a custom review facility was created which displays a visual star rating alongside the film name and review title. 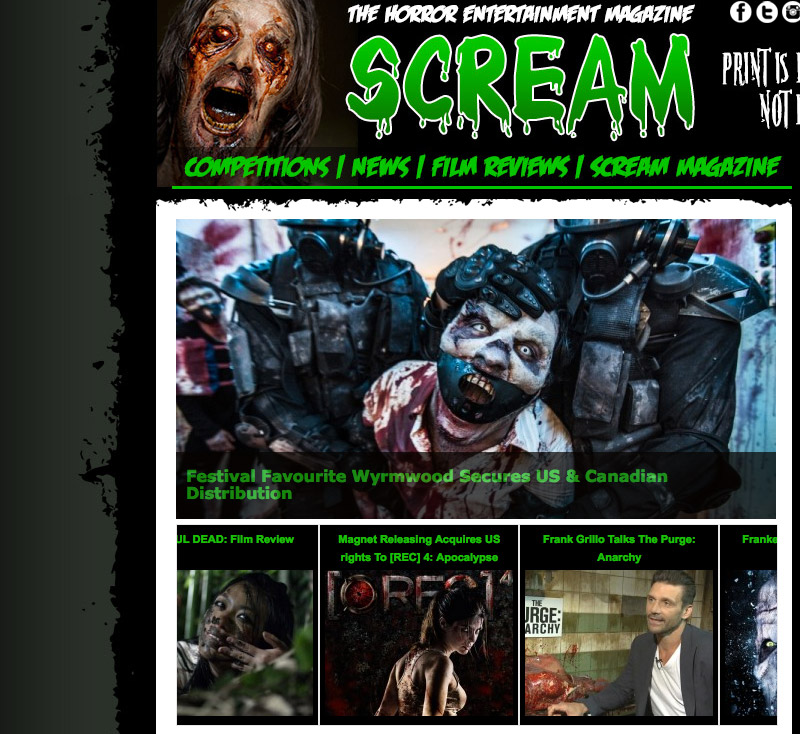 Though there’s plenty of new stuff to scream about the best bits of Scream Horror are all still available, Competitions, News, Film Reviews and the Gore Store where you can buy all your Scream publications and products.

The Scream Horror Website continues to be developed in WordPress, a content management system which means regular horror entertainment news can be reported to viewers frequently and independently.

Visit the all the new www.screamhorrormag.com – if you dare!